Nayanthara is among the handful of female stars in South Indian film industries, and Kollywood in particular, who enjoy the same level of idolization as high-achieving male stars.

A striking scene from Netrikann (2021) which portrays the film’s lead role, Nayanthara, delivering a strong punchline against victim shaming and sexism was perhaps the first of its kind in Tamil cinema. “Why do you care if she opts for an abortion, dresses ‘inappropriately’, gets naked or is a good person or a bad person? Whatever she does, it’s her life. Just because you think she’s wrong, can you do what you want? asks Nayanthara, affectionately nicknamed Lady Superstar.

In a light sequence of Soodhu Kavvum (2013), the protagonist Pagalavan (Bobby Simha), presented as an ardent fan of actor Nayanthara, gets in trouble for installing a statue for her. What is common between the two scenes is the fact that Nayanthara is perhaps the only reigning female star of Kollywood who enjoys the same level of idolatry as the most lucrative male stars, both on screen and off screen.

Thanks to her loyal fan clubs, the 37-year-old actress – famous for her fierce looks with rosy makeup, smoky eyes with winged eyeliner and a mini-bouffant/curly hairstyle – has managed to stay popular on social media with photos, videos and updates on her movies going viral online, though she doesn’t have personal handles on any platform. The latest announcement regarding her marriage to her fiancé, filmmaker Vignesh Shivan, is a good example of this. It was only a matter of hours before dozens of fans took to social media to rejoice and celebrate the wedding announcement.

Over a career spanning nearly 20 years, Nayanthara has stood out for her unique filmography – a mix of commercial and content-driven films revolving around the female lead.

It’s amazing that Nayanthara’s 19-year stint in filmmaking wasn’t charted after careful consideration, but fell into place through instant choices. Nayanthara was just 18 when she bagged her first project in 2003 – Sathyan Anthikad’s Malayalam film Manassinakkare – when working as a model.

She shared in several interviews that she wanted to become a chartered accountant, and it wasn’t until she signed on for a few movies that she realized she wanted to become an actress as her long-term career. She quickly rose to fame with films where she shared the screen with established male stars. The long list of films includes Ayya (2005), Chandramukhi (2005), Vallavan (2006) , Lakshmi (2006) , Chief (2006) , Villi (2009) and Great (2010), with actors Sarathkumar, Rajinikanth, Silambarasan, Venkatesh Daggubati, Nagarjuna Akkineni, Vijay and Upendra respectively.

It was also the time when Nayanthara showed versatility as an actor, albeit in the commercial space. She has been praised for her glamorous makeover in movies like Ghajini (2005) and billa (2007), but at the same time she also wowed audiences with her roles in family dramas like Yaaradi Nee Mohini (2008) and Boss Engira Bhaskaran (2010). 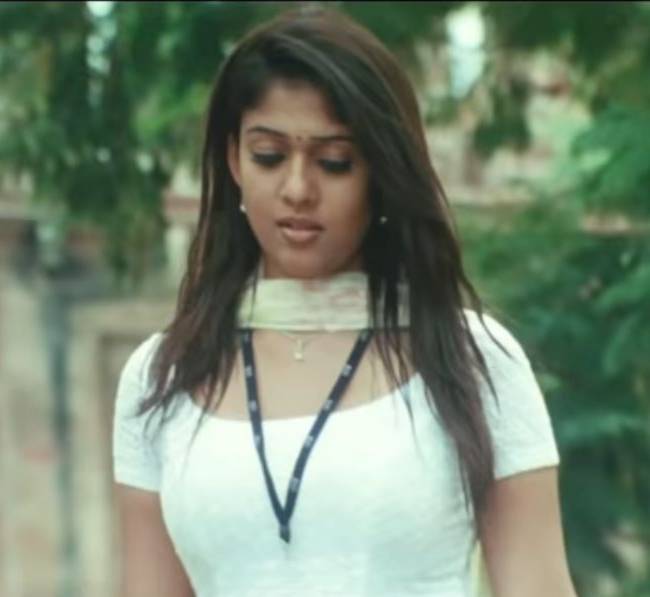 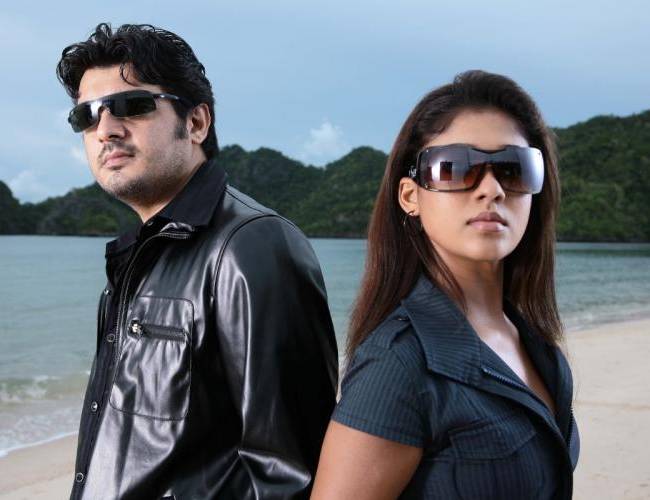 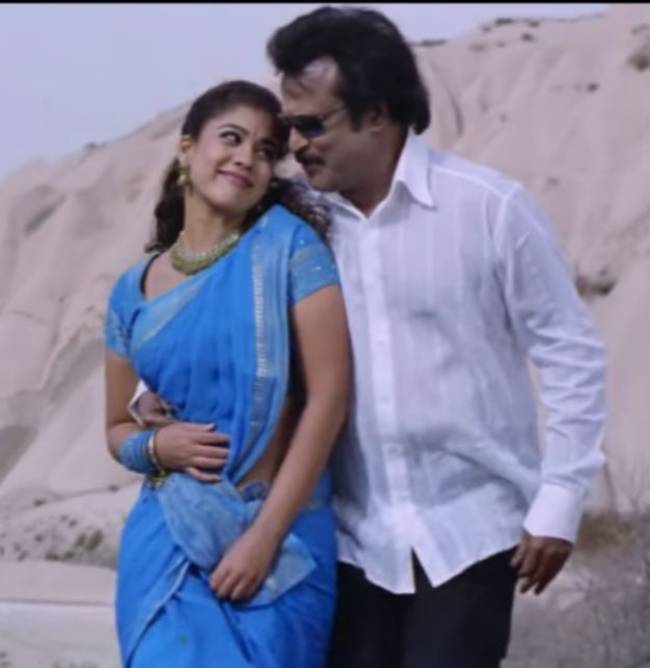 Image taken from a song in Chandramukhi. Credit: Screenshot / YouTube


The creation of Lady Superstar

After a string of hits and misses at the box office and a rumored breakup with then-boyfriend, actor-filmmaker Prabhu Deva, Nayanthara went on an 11-month hiatus towards the end of 2011. C was perhaps the calm before the storm, as it set the stage for her to return to the Telugu, Malayalam and Tamil film industries with a bang, choosing roles that would eventually lead her to become the ‘Lady Super star ”.

She made her comeback with Telugu action artist 2012 Krishnam Vande Jagadgurum with Rana Daggubati, followed by the Tamil romantic drama Raja Rani | (2013), where she shared the screen with Arya, Jai and Nazriya in the lead. While she continued to sign commercial films like Arrambam (2013), Idhu Kathirvelan Kadhal (2014) , Sye Raa Narasimha Reddy (2019) and Nanbenda (2015), she no longer played characters that added nothing to the storyline. Raja Rani’s Regina, for example, was the central character that drove the plot forward.

Along with commercial cinema, Nayanthara appeared in titular roles in content-driven projects that depended entirely on her, the lead star. Whether Anamika (2014), the Telugu language remake of Kahaani directed by director Sekhar Kammula, cast him as an IT professional avenging the death of her husband in a gripping murder mystery, his neo-noir horror flick Maya (2015), directed by debutant Ashwin Saravanan, became one of the highest-grossing Tamil films that year. Director Ashwin even revealed in media interactions that the film was conceptualized as a low-budget film, but gained attention thanks to Nayanthara. 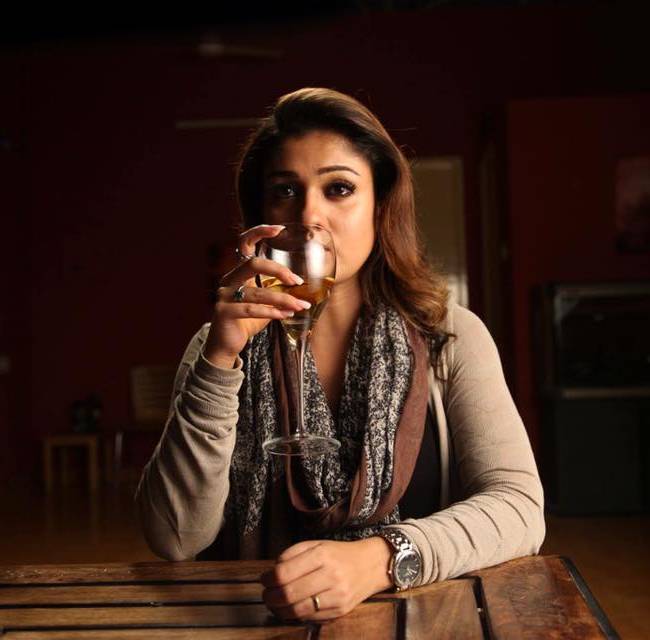 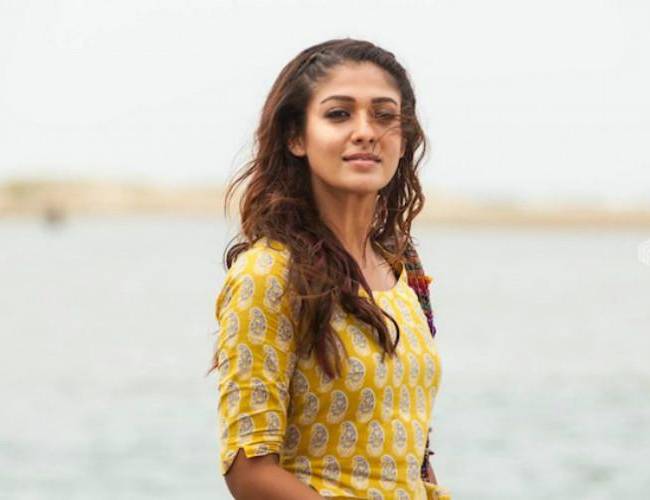 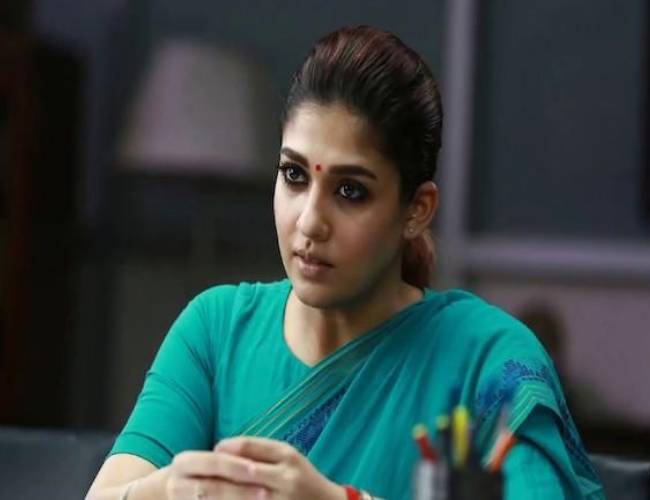 Contrary to the tendency to limit his filmography to a specific genre such as “female-centric”, “arthouse” or “commercial” – a strategy adopted by some of his contemporaries – Nayanthara chose original or intense storylines such as Naanum Rowdy Dhaan (2015) , Thani Oruvan (2015) , Airaa (2019) , Nodigal Imaikaa (2018) , Aram (2017) and Dora (2017), which had room for reinvention. And soon enough, the actor began to reap the rewards.

Dramatic and elaborate entrance sequences written for her, whistle-worthy punchlines as she takes down bad guys, in-jokes and callbacks to her previous films, and box office success – privileges traditionally reserved for male stars. Kolamavu Kokila (2018) was among the first films led by a female star to have 6 a.m. shows when it was released. Notably, she was the only actress from South India to make the list of highest-paid celebrities published by Forbes in 2018. The highest-earning actor could play it safe by not choosing difficult roles that put her talents actress to the test, but she makes up for it with her spectacular screen presence.

Even in featured vehicles where she shared the screen with popular male actors, Nayanthara appeared in some of them as the protagonist with agency. Take Viswasam for example; When Niranjana (Nayanthara) leaves her marriage to Thooku Durai (Ajith), she is unashamed of her choices, as is usually the case with family artists in Tamil cinema. At Vijay’s Bigill, it is Nayanthara who enters an important monologue to encourage women to pursue their dreams, not Vijay.

The actor’s longevity and ability to deliver blockbuster films in multiple languages ​​and across genres in a hero-driven industry can be attributed to several factors. Chief among them is the actor’s commitment to signing movies with new and upcoming filmmakers. From Atlee Raja Rani | at Nelson Dilipkumar Kolamavu KokilaRJ Balaji and NJ Saravanan Mokuthi Amman (2020) and Dhyan Sreenivasan Romance action drama (2019) , the actor did not hesitate to work with novice filmmakers.

Although Nayanthara has stopped speaking to the media and giving interviews since 2011, citing that she is a private person and would like to avoid being misquoted, the resulting exclusivity has worked in her favor, as for her male counterparts like Ajith, Vijay, and Rajinikanth, whose media interactions are also limited to audio or trailer launch events. 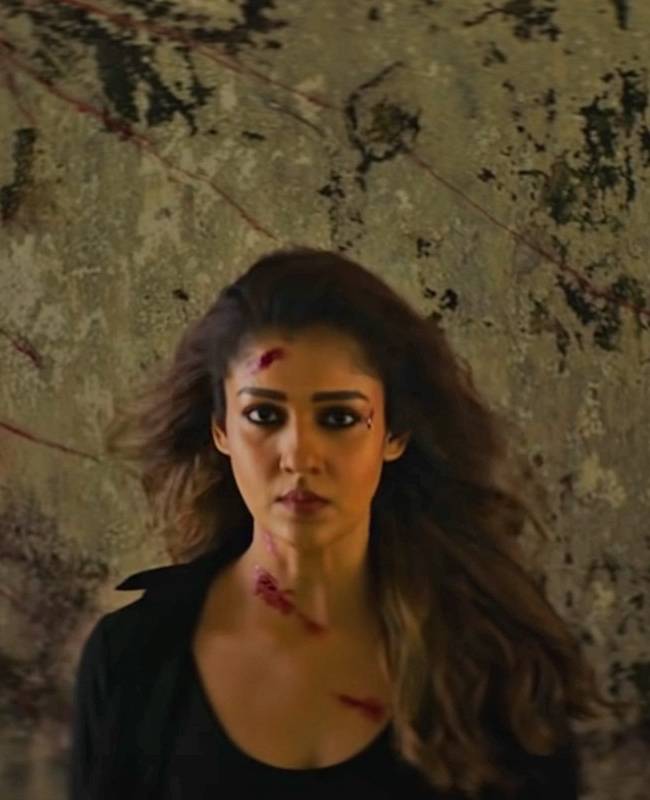 Nayanthara in a promotional video for Rocky. Credit: Screenshot / YouTube

However, in an interview with Forbes last year, the actor revealed that it was the connection she had with the public that mattered to her. “There are a lot of people who make their fortunes through social media, which is fine, but if you say that your success or your identity depends on the number of followers you have on Instagram, then something like that can be short-lived,” she said. In a previous interview with Vogue, she said she was a private person and didn’t think she was good at interacting with large crowds.

As for what’s next, the self-described workaholic actress is ready to dive into uncharted waters as she gears up for multilingual or “pan-Indian” projects like Atlee director Jawan, with Shahrukh Khan. She is also expected to charm audiences in upcoming Malayalam films. Gold and Pactand Telugu actor Godfather. After Lady Superstar took on the producer cap with the launch of Rowdy Baby Pictures and co-produced critically acclaimed films like Rocky (2021) and Koozhangal / Pebbles (2021) starring Vignesh Shivan, fans are also eagerly waiting to see what she has in store on the production front.

5 reasons why Nayanthara is unquestionably the Lady Superstar