Whether she’s performing on stage or simply posting on Instagram, singer Monica is always going to show love to and represent for rapper Corey Miller, known as C-Murder. If you haven’t been following, the two were an item in the ’90s. The New Orleans native, who is the brother of Master P, was sentenced to life in prison in 2009 for the shooting death of a teen named Steve Thomas at a nightclub in 2002. But witnesses have since come forward claiming Miller’s innocence and allege that they were forced by police to give false information and testify against him. Since then, there’s been a major push to get him released, with attorney Benjamin Crump joining his legal team, Kim Kardashian getting involved, and Monica leading the way.

What initially seemed to have begun as an old friend seeking justice for another, has shifted. The two seem to have reconnected romantically. She has performed her song “For You I Will” and put his name in it, he’s called her his “baby,” and more. Most recently, she visited Miller in prison, with photos finding their way online.

As mentioned, the two were an item when she was young and Monica went on to marry and have beautiful children with ex-boyfriend Rodney “Rocko” Hill and ex-husband Shannon Brown. Now, she’s on a mission to see Miller free, and the assumption of fans is that they’ll be together again. That’s at least the impression they got from a recent TikTok of her joking that she’d fallen in love with the same man for a third time. She captioned the clip, “But I love it here 😂”

If the singer does indeed find her happily ever after with Miller, she wouldn’t be the first star to fall in love with an individual from their past. See five other women who reconnected with, married, and even remarried a former friend or lover.

Angela Bassett and Courtney B. Vance

The two met at the Yale School of Drama in the ’80s, but they didn’t date. Back then, Bassett said he had a “beautiful, beautiful girlfriend” who was also in drama school with them. It wasn’t until years later when the working actors were living in LA that they reconnected. “Maybe about 14 years later, our paths crossed here in Los Angeles. And I was single, he was single,” she told PEOPLE. “And I had such an appreciation for him over those years — of his consistency, how he treated other people, of what a supporter he is, what a connector of people and ideas he is, how passionate he is.” The two have been married since 1997 and share two children. 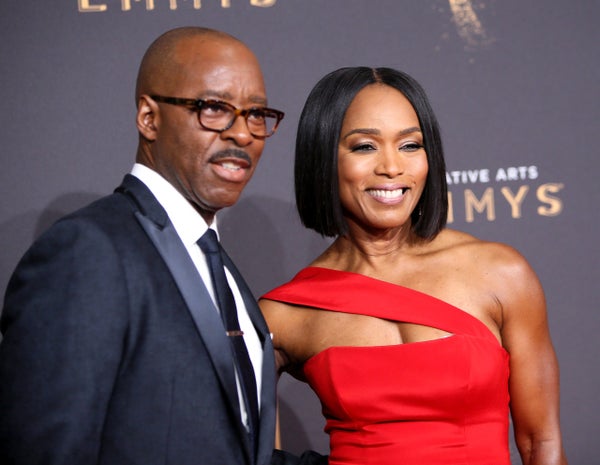 When Deborah Roberts first started working for NBC in 1990, Al Roker, then a veteran weatherman, took her out to lunch to welcome her. The two would become work friends, but Roberts didn’t have romantic interest in Roker, who was married at that time. She would be transferred to different parts of the country for ‘Today’ before retuning to NYC in 1992. At that point, Roker and his wife had broken up. She still wasn’t interested in that way, though. Nevertheless, Roker showed his interest and care in other ways, like when he stocked her often empty fridge while she was away covering the Olympics in 1992. He also left behind flowers. “That was very touching,” she told PEOPLE. “It was like, what is this guy trying to do? It was a gradual thing after that. He would ask me out, and we would go to dinner or maybe lunch, but I was dating other people. Then one thing led to another.” The two wed in 1995 and share two children. 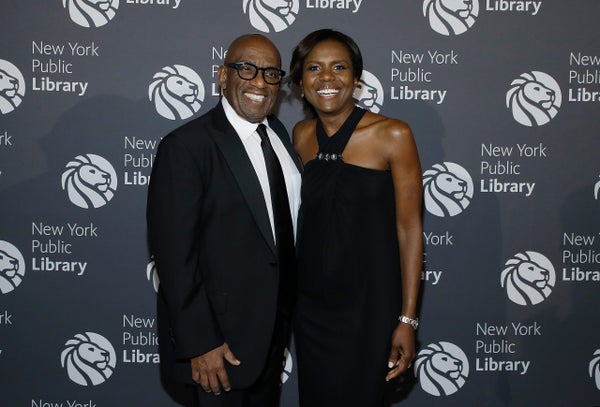 After her divorce from Mathew Knowles, the idea of ​​dating again was daunting to Tina. But she would be surprised to find that Richard Lawson, whom she’d known for more than 30 years and was the brother of her late best friend, was interested in her. Initially, he just wanted to offer her support after her divorce. “He came to Houston, I went to LA afterwards, and it’s been now a year and five months,” she said back in 2014. “I’m in a committed relationship with that handsome man! And I’m the happiest I’ve been in a long, long time.” The couple would go on to marry a year later in 2015. 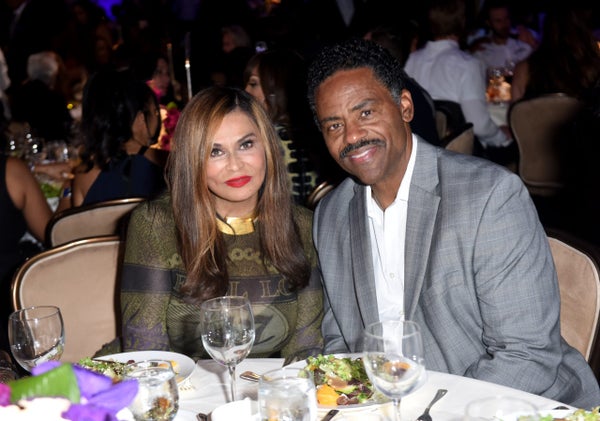 The couple tied the knot back in 1997 and welcomed a son named Brentt two years later. When things in their marriage hit a rough patch, the two divorced in 2011. However, they reunited and remarried in 2013. Their second wedding was filmed for the RHOA spinoff, ‘I Dream of NeNe: The Wedding’ and they stayed together until Gregg’s death in 2021 from colon cancer. 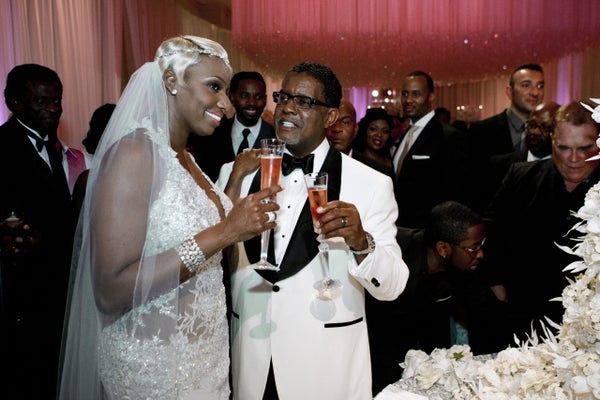 According to the star, she’s known her husband since she a teen living in Queens, New York. They reportedly reconnected when she returned to Queens to hand out turkeys. The two went on to marry in 2019 and welcome their first child in 2020. “Whenever I’m down, I can have one conversation with my husband and he will get me back where I need to be mentally,” she said on her former Queen Radio show. “He’s been a really great force in my life. I’ve known him since I was 17, and I feel a level of comfort with him that I hadn’t felt before to just be myself and to share who I am.” 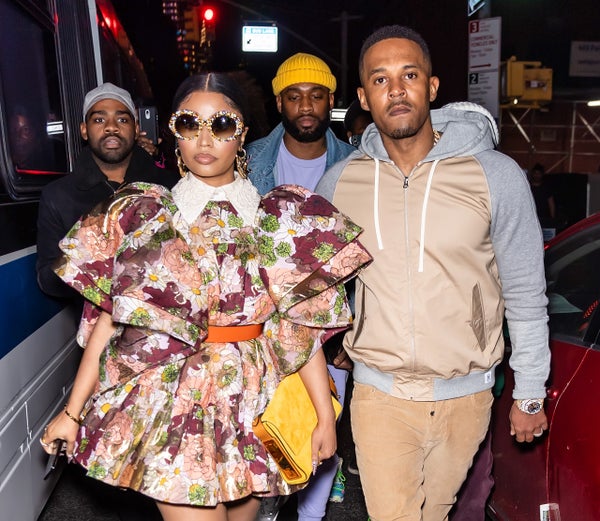