Parenthood is hard enough for ordinary people, however, more so for a celebrity. Being a celebrity means constantly being in the public eye which isn’t the best for celebrity parents.

Celebrity parents have to deal with fame and the challenges of parenthood at the same time. Although they may struggle with it, celebrities always try to do their best to raise their children.

Many celebrities have rules for their children to maintain discipline and teach them how to behave appropriately in public.

While some celebrities have decent rules, others have weird rules that might seem odd to regular people.

Here are some of the weirdest rules celebrity parents make their kids follow.

1. Kristen Bell and Dax Shephard lock their kids in their bedroom at night.

Bell and Shephard are known for the strange rules they make their children follow. One of the weirdest rules they have is locking their daughter in her room at night.

According to Parents, Bell revealed in 2018 during the premiere of her documentary, PANDAS, that she used to lock her 3-year-old daughter, Delta, in her bedroom when she went to bed.

“My 3 year old son [Delta] decided to stop sleeping about nine months ago. And every night when we put her to bed, she turns on the lights, which annoys the 4-year-old [Lincoln],” she says.

“And she moves furniture, and she knocks on the door with different hard toys. We changed the [doorknob]. We turned the lock on the outside.”

She further acknowledged that she thought it was controversial, however, it worked for her daughter as she slept well.

However, Bell and Shephard revealed on the Armchair Expert podcast that the two children now sleep in their bedroom with them. Bell said, “You know the girls sleep on our bedroom floor.”

According to People, Kardashian wrote in a blog post on her website that she doesn’t use a microwave.

Instead, she uses a toaster oven or stovetop when she needs to heat up food.

She further wrote that she believes using a microwave can be harmful to children. As a result, she managed to get rid of her microwave in her house.

“When I had Mason I did a lot of health related research and decided to get rid of my microwave when I read that toxins from plastic containers could be transferred to food when ‘they were reheated (this also applies to BPA-free plastic containers),'” she wrote.

Khloe Kardashian also posted a story on her social media where she mentioned that Kourtney doesn’t believe in using a microwave.

3. Blake Lively and Ryan Reynolds don’t use masculine pronouns around their children. 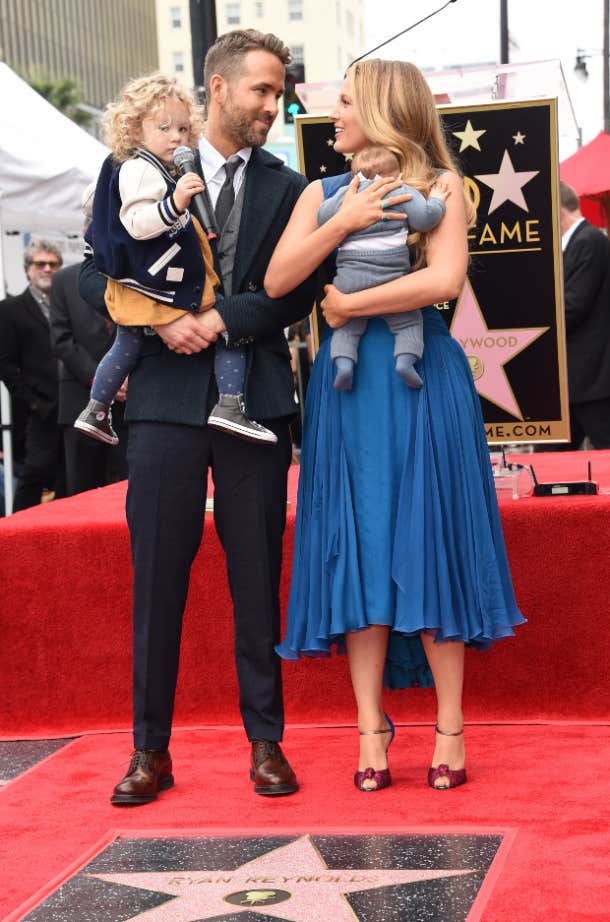 This rule may seem strange, however, there is more to it. In an interview with Glamour, Lively explained why the couple avoid using masculine pronouns around their children.

She further mentioned that the couple also banned the word “bossy” in their household.

She said: “But my husband said, ‘I don’t ever want to use that word again. You never heard a man called bossy.

It would seem that the couple want to raise their children in a gender-neutral environment.

According to Real Simple, even Anime was named after her grandmother’s brother. The couple also gave the name, “James” to one of their daughters in hopes of teaching them about gender equality.

Lively revealed to People, “Right now my daughter thinks there’s no difference between her and a boy. She can do anything he can do. She has all the opportunities he has. She learns nothing different.

It seems that Jenner was quite careful with her child, Stormi. Although everyone has been cautious during the COVID-19 pandemic, this rule may be understandable. However, Jenner enforced this rule in 2018, long before the pandemic happened.

A source close to Jenner told Hollywood Life, “Kylie has boxes of medical masks to wear around Stormi because she doesn’t want her exposed to any germs, she’s still brand new.”

It seems that Jenner wanted to protect Stormi from any harmful germs. Plus, she also made sure Stormi’s room was stocked with 100% eco-friendly stuff, according to TMZ.

Items like Stormi’s table or bed were organic and the paint on all items was chemical free. Everything Stormi came into contact with was also said to be environmentally friendly.

5. Will Smith and Jada Pinkett-Smith let their kids choose their own punishment. 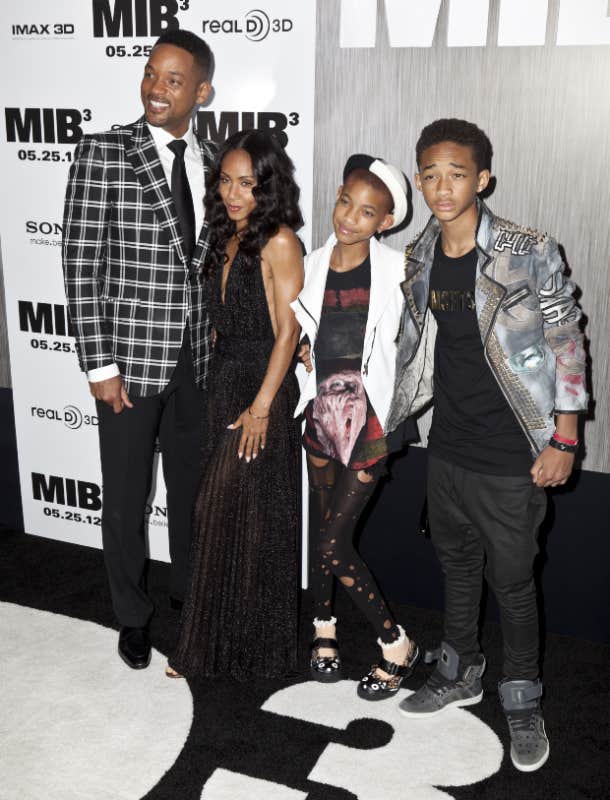 When children do something wrong, parents normally take action to make their children realize what they have done. However, the Smiths did not punish their children at all.

According to E-News, Will revealed in an interview with Metro that he and Jada didn’t punish the kids. Instead, they let the children choose their punishment. Will mentioned that he wanted his children, Jaden and Willow, to be held accountable for their actions.

He said: “The way we treat our children is that they are in charge of their lives. Our concept is, as young as possible, to give them as much control over their lives as possible.”

Jaden also mentioned that this parenting rule works for him and helps him make responsible decisions.

“Other teenagers go to parties and sometimes I [am] like, ‘Why am I here right now?’ And most of the time I leave right away,” he said.

“Certain things that I don’t like to do, that other teenagers do. Everyone thinks that since you’ve been doing movies, you go to parties, and I like to party, but not normal teenage parties.”

According to Daily Mail, Will revealed that the couple have followed this rule since Jaden was a child.

He said: “We don’t usually believe in punishments. From the time Jaden was five or six, we sat him down, and all he had to do was be able to explain why what he did. was the right thing for his life.”

6. Cardi B and Offset won’t let their daughter sleep over.

Letting your kids sleep over at their friends’ house might sound like a good thing for the kids, but Cardi B doesn’t think so.

In an interview with W magazine, Cardi B revealed that she was going to be the strict mother of her daughter, Kulture.

She mentioned that when she was a child, her mother would not allow her to sleep over with her friends. Cardi B mentioned that at the time, she didn’t listen to her mom and often went there without her mom knowing.

She said, “But I did it anyway. I joined a gang. If she had let me out as often as I wanted, I probably would have died or had my face cut off. Or been a teenage mother.

As an adult, she understands why her mother did this back then and plans to do the same with Kulture.

She also said, “I’m going to be very strict. Like, you can have what you want, but you can’t do what you want.”

As she says, she goes above and beyond to get the things her kids want. According to People, Cardi B bought a small Rolls-Royce car for Kulture that starts at $3,000.

More for you on YourTango:

Get the latest news and relationship advice delivered to your inbox daily!